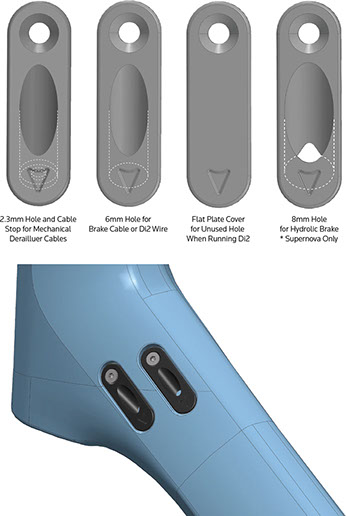 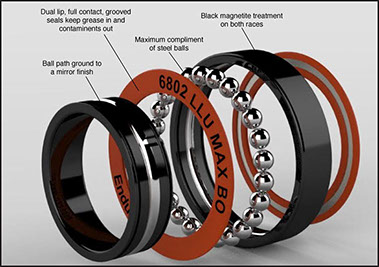 TAKING IT TO THE LIMIT

All our frames and forks are tested continually to meet or exceed (in some cases, well exceed) EN standards 14764, 14765, 14766 and 14781 as well as the new ISO 4210 standards. We conduct these tests at our frame manufacturing facilities, but we also use EN accredited testing laboratories such as Intertek and SGS to verify the results of our own tests. If these tests aren’t telling us everything we want to know about our bikes, we increase the loads and cycles, or we determine another way to test. Where current hydraulic testing machines, jigs and hardware aren’t up to the task of emulating some of the forces and impacts our bikes might be subject to, we’ve designed our own.

We relentlessly cycle test for fatigue from pedaling and torsional forces on every single frame size, with deflection tests for stiffness at every point of the frame. Brutal impact tests with massive weights dropped on fixed frames or forks are performed. Then reversed, with weights attached to the frame, the frame hoisted to a given height depending upon product type, then released.

For our carbon fiber frames, EVERY frame is weighed to make sure it’s neither resin rich nor resin deficient. We also measure the stiffness of each frame in 6 critical areas as a check on lay-up production. Each deflection test must fall within 5% of the standards our machine and field-testing have established. This weighing and stiffness deflection testing guarantees every single frame we produce meets all Jamis manufacturing protocol and will

deliver the ride qualities we defined and demand.

The ICON series frame was modeled after our top-level Xenith. Think Xenith in butted aluminum instead of carbon fiber and you have the idea. We attempted to replicate EVERY attribute of the Xenith in the Icon and tested numerous protos on both our machines and the road repeatedly to get it right. From the precise and snappy handling in turns, to the out-of-saddle explosiveness in sprints, to the solid descent manners that inspire high-speed confidence. Combining the proven race-winning geometry of the Xenith with the durability and affordability of aluminum makes this an ideal CRIT bike, capable of delivering as much acceleration as you can provide the kick for.

The ICON frame features a larger 34.9mm seat tube, which allows us to spec an over-sized 31.6mm seat post. That larger diameter post flexes less than a 27.2mm post, providing a firmer pedaling platform for faster climbs with less wasted energy. Though the flexy 27.2 post might seem to be a good choice as an offset to the firm ride qualities of aluminum, both the Icon Elite and Pro are spec’ed with 31.6mm carbon fiber seat posts to damp in-saddle road feedback, keeping you fresher, longer.

One of the Xenith attributes we could NOT replicate in the Icon was its ability to damp road vibrations. Aluminum is just not as competent in this area as carbon fiber. But for us, this was a plus. If there is any one word that defines the Icon ride, it’s “immediate”. Step on the pedals and you move NOW. Lean to carve a turn and you’re ON IT like a freight train on tracks. There’s an immediacy in your connection to the road on aluminum. With carbon fiber, you tend to feel a bit more insulated from the road. It’s like listening to music with noise-cancelling headphones instead of LIVE. So while there’s a slight trade-off in comfort in selecting aluminum for the Icon over carbon fiber, many riders prefer that immediate connectedness and the confidence that comes from knowing exactly where you are on the road. We still made sure the frame was designed with just enough “give” for daylong rides. But what you are really going to appreciate is its ruthless efficiency. This is speed stripped down to its essence.

The Icon is not just a lighter, faster version of our aluminium Venturas. When we put this project on the design board, we knew we didn’t just want to make a bike that could make a difference. We also wanted to MAKE it differently. Which is what Synthesis is all about: small batch manufacturing. A process that understands a great riding experience begins with a great building experience, one frame at a time.

The Disc Revolution is here

We are all-in. Disc brake technology provides superior stopping and safer braking no matter the conditions. They offer increased control and better modulation as you vary from being at-speed to slowing down or stopping. They are significantly less affected by rain and wet conditions, and eliminate any rim heat build-up that can come with caliper brakes. Gone is the need to be concerned with carbon rim deformation. Whether the streets of NYC or LA, or long and winding open roads, the control and safety that comes with disc brakes will only heighten the experience that comes with a riding a Jamis.

Enhanced Compliance Offset (ECO) is proven technology borrowed from our already unique Renegade and Ventura fork design. Those forward sweeping fork blades provide more vertical ride compliance than their standard road counterparts. Through our research we were able to adapt this same technology to the Icon’s rear triangle. We created a custom dropout that moved the seatstays back several millimeters from rear axle center, and removed the rear brake bridge in a combined addressing of greater vertical compliance and lessening of road chatter. The ECO’s result is a more comfortable and controlled ride without any compromise in torsional or lateral stiffness. Proven power transfer and precise immediacy in road connection, which is synonymous with last year’s Icon, remains unchanged.